At Fabletics, they create clothing that inspires you to stay active, whether that means competing in an iron(wo)man competition, sweating in the studio, or chasing after your kids. The on-trend designs are high in quality at prices you’ll feel good about. This is where the inspiration starts. Beyond the clothing, Fabletics foster a community of people who embrace their mantra – “Live Your Passion” – every day.

JustFab Inc. Co-CEOs, Don Ressler and Adam Goldenberg, launched Fabletics with Kate Hudson after they saw a gap in the activewear marketplace: there were plenty of luxury brands, but none that offered stylish and high quality gear at an accessible price point. These three unstoppable innovators joined forces to create the Fabletics brand in 2013.

The unique shopping experience is not only fun, it means you get what you want. You start with a brief quiz to help create personalized outfit recommendations fit for your lifestyle.

Then you simply choose from thousands of styles, curated just for you.

And that’s it! You can choose to buy as a guest, or you can sign up for VIP membership. As part of the paid Fabletics VIP membership program, you will save up to 50% off regular pricing and earn points towards free loyalty items. 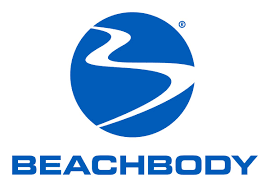 The Beachbody team is dedicated to providing our customers with reasonably priced in-home fitness products of exceptional quality. Beachbody looks for new ways to motivate and educate consumers about health, fitness, and the benefits of maintaining a lean body by crafting and offering products that have been thoroughly tested and proven to work. Beachbody also offers a line of fitness accessories and nutritional supplements to help achieve healthy, maximum results.

Beachbody is the creator of the nation’s most popular fitness and weight loss solutions including P90X® Series, INSANITY®, FOCUS T25®, 21 Day Fix®, Body Beast®, PiYo®, and Hip Hop Abs®. We have something for everyone. Our extensive library includes a variety of programs to help you reach your health and fitness goals, whether you want to lose weight, learn to dance, build muscle, or just live healthier.

Each program combines challenging workouts with easy-to-follow diet guidelines, nutritional supplements—including our breakthrough, clinically proven health and weight loss shake called Shakeology® (aka “Your Daily Dose of Dense Nutrition®”)—and an unparalleled customer service and peer-support system. We’ve expanded this support system through TeamBeachbody.com, which includes a network of over 350,000 independent “Coach” distributors as well as a dynamic online support and fitness community. It’s this combination of fitness, nutrition, and support that’s inspired thousands to enter the Beachbody Challenge Contest, where we reward you with hundreds or even thousands of dollars for getting fit and healthy with our workout programs!

Moosejaw.com is an online and brick and mortar retailer specializing in outdoor recreation apparel and gear for snowboarding, rock climbing, hiking, and camping.Founded in 1992 by two wilderness guides.

Known for their social media jokes and humor, MooseJaw offer a great range of outdoor products at affordable prices for everyone.

If you find an identical product at a lower price and in stock on another site, Moosejaw will match the price! And there’s more! If the discounted price of the product is over $100 and the price difference is greater than $1, Moosejaw will throw in an extra 1,000 Moosejaw Reward Points in addition to the points you already earn from the purchase. What a deal!

Athos is helping people reach their fitness goals by enabling them with technology that was previously reserved for elite sports performance institutes. By redefining how we measure fitness and performance we believe that we can help people stay fit, improve their performance, and reach new heights.

Co-Founders Dhananja Jayalath and Christopher Wiebe were frustrated by their workouts in the gym. They felt like there was no way to know whether they were working out correctly, and what they needed to do to improve. Being able to afford a personal trainer wasn’t an option for these cash-strapped students, and as electrical engineers, both thought there could be a frictionless way that hardware technology could collect this data from your muscles.

With no solution available in the marketplace, DJ and Chris set out on a mission to help people improve their lives by providing actionable insights without disrupting their existing routines. Athos was born out of the principle that we can all go beyond what we thought was possible with the right tools.

Everlast the global leader in authentic boxing, MMA and fitness

The name Everlast is synonymous with boxing, although the company started out as a swimwear manufacturer in the Bronx in 1910. Seventeen year-old Jacob Golomb, the son of a tailor and an avid swimmer, was dissatisfied with swimsuits of the time that barely lasted a season, and began making suits that he guaranteed would last for a full year. He proudly gave them the name “EVERLAST”, and although the swimsuits did not last throughout history, the name did.

Over the subsequent years, Golomb transformed his company into a small retail store that carried a full line of sports equipment. In 1917, a young fighter named Jack Dempsey introduced boxing to Golomb and Everlast. Dempsey asked Golomb to construct protective headgear that would last more than 15 rounds of intensive boxing training. Golomb special designed the training gear for Dempsey. In 1919, Dempsey won the world’s heavyweight championship wearing boxing gloves made for him by Golomb; Everlast became the headquarters for boxing equipment throughout the world.

On October 24, 2000, the management and shareholders of active Apparel Group (AAGP) acquired the Everlast brand and boxing equipment. On September 20, 2007 Everlast Worldwide Inc. was acquired by UK based company Brands Holdings.

As of 2007, the Everlast brand is now present in over 101 countries and has 88 licenses worldwide.

Built on a brand heritage of authenticity and individuality, Everlast is a necessary part of the lives of countless athletes and fitness enthusiasts who train, compete, and live an active lifestyle.

YogaDirect.com, the largest direct importer and manufacturer of quality Yoga equipment in the United States, was launched in 1999 by an experienced team of web and retail professionals who all shared a passion for Yoga.

The company prides itself on providing outstanding customer service, low prices, and the highest quality Yoga accessories available. As the importer and often the manufacturer YogaDirect.com are able to control quality and eliminate the middleman to keep everyday low prices less than competitors “sale” prices.

When you shop online for Yoga Accessories, Yoga Mats, or Yoga Props, shop at YogaDirect.com and be assured of the best quality and price.

YogaDirect.com is committed to superior service, and are proud to offer a 100% Satisfaction Guarantee with simple and easy to follow procedures.

Eastbay is a leading world supplier of athletic shoes, clothing and sports equipment. It was established to meet the performance needs of local high school and college athletes within Central Wisconsin.

Eastbay also established its own clothing brand in 1990, offering jackets, pants, shorts and tops in a variety of team colors and styles, all featuring the signature Eastbay logo.

Founded in 2003, Clinch Gear began with a mission to create the best training shorts in the world – shorts that could stand up to the incredible demands of high-intensity sports like MMA and wrestling.

Based on the overwhelmingly positive reaction received to the first Clinch Gear shorts, they decided to expand the line to include tech tops, rash guards, compression shorts, footwear and gear. Since then, Clinch Gear has become recognized as the brand that designs the best products for athletes who incorporate high-intensity training into their workouts.

Developing the best training gear in the world always starts with input from a roster of world-class athletes… athletes who make high-intensity training a part of their everyday lives.

Clinch Gear talk to our professional MMA fighters, Olympic wrestlers, All-American collegiate athletes, professional football players, world-class rugby players and cross fitness athletes for insight into what they need to reach their goals. The result? Product that meets and exceeds the functional demands of the highest level of athlete.